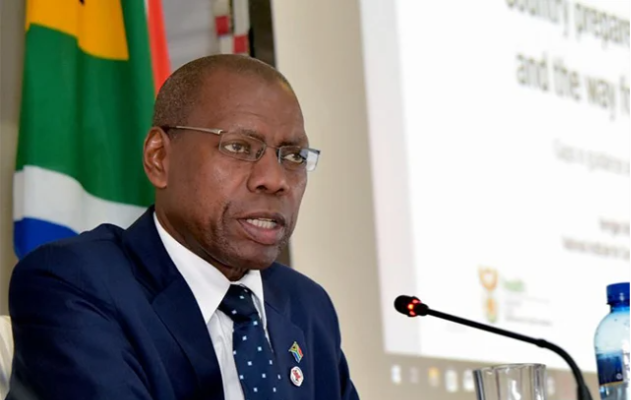 Health experts have warned that the Covid-19 virus is unlikely to leave South Africa any time soon given that it is an airborne pathogen.

While vaccines will reduce hospitalisations and deaths, they will not eliminate them, with the best result being that Covid-19 becomes a controlled disease, Wits vaccinology professor Shabir Madhi told the Sunday Times.

“Getting rid of the virus is not going to happen under any circumstances. The goal now is to stop severe disease and death. Nobody is totally protected, and ongoing circulation means people remain at risk of dying,” he said.

“If we can get into the same space as seasonal influenza, which kills 11,000 South Africans every year, we should call it a success story.”

He added that the ‘official’ death toll reported for South Africa was much lower than the actual number, and that ‘conservative estimates’ would place the country among the top 10 for the most Covid deaths per capita.

Professor Francois Venter of Wits University added that it was hard to predict when a third wave would hit the country, but he noted that most counties that have seen a classic first and second wave have seen a third.

South Africans, the experts said, will have to learn to live with the virus.

Director-general of the World Health Organisation, Tedros Adhanom Ghebreyesus said on Monday that the coronavirus pandemic “is a long way from over”.

This is despite the fact that more than 780 million doses of vaccine have now been administered globally, he said.

“Make no mistake, vaccines are a vital and powerful tool. But they are not the only tool,” the DG said.

He said that confusion, complacency and inconsistency in public health measures and their application are driving transmission and costing lives. “It takes a consistent, coordinated and comprehensive approach.”

Global vaccination efforts took a blow this week after the Johnson & Johnson Covid-19 vaccine rollout was paused due to concerns around suspected cases of  blood clotting in some vaccine recipients.

“Based on their advice, we have determined to voluntarily suspend our rollout until the causal relationship between the development of clots and the Johnson & Johnson vaccine is sufficiently interrogated,” he said.

“It’s important to be aware that with any vaccine it is essential to closely monitor its safety and efficacy. If a problem is reported following a vaccination, a thorough investigation should take place,” he said.

Mkhize that the South African Health Products Regulatory Authority will collate all the information on the vaccine’s use in order to complete a thorough assessment.

“These conditions include, but are not limited to, strengthened screening and monitoring of participants who are at high risk of a blood clotting disorder,” the South African Health Products Regulatory Authority said in a statement.

The J&J shot is a key element to South Africa’s vaccination plan and has already been used to inoculate health workers, with no reported adverse effects.

Mkhize said he was hopeful that the temporary suspension would not impact the country’s long-term vaccine plans.